BONEO Canine is an all natural supplement that supports the ENTIRE skeletal system – a unique “all-in-one” product for healthy bones and joints in dogs. It is backed by years of scientific research, veterinarian-supervised clinical case studies, and six US patents. So what better product to put our new team member to the test than with this new supplement for dogs. 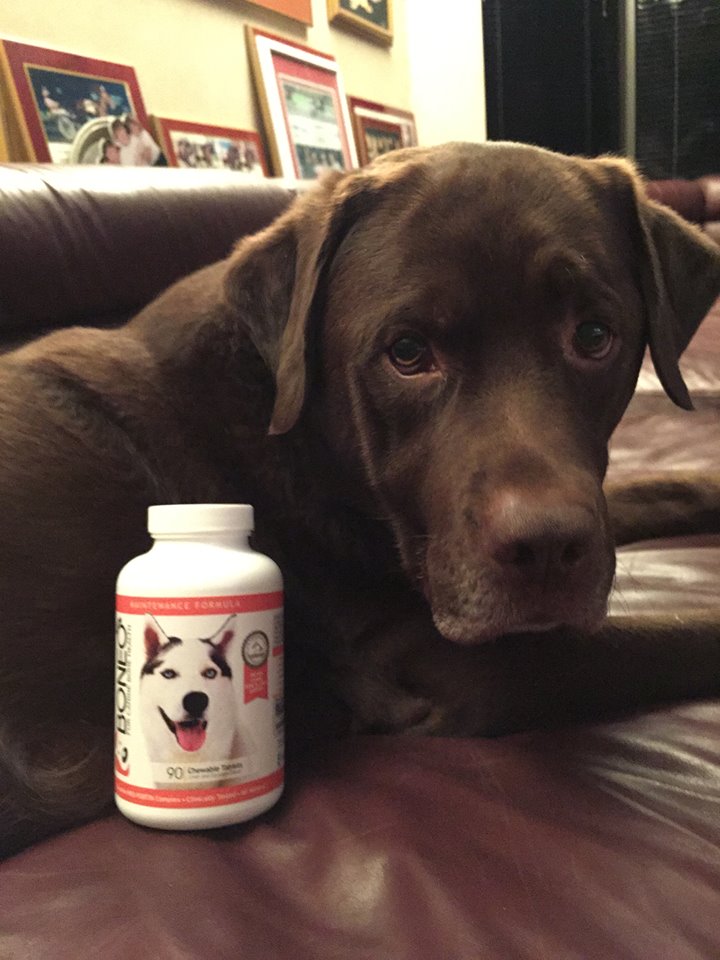 We are so happy to introduce Alia and Ozzy to the City Dog Expert team. They will be helping cover “big dog” issues (as Ozzy is a monster shaped bundle of chocolate labrador) and popping in to share doses of fun and City Dog events.Make sure you follow Ozzy @ozzythedawgy

Hey guys! Alia here. My chocolate lab Ozzy has had more than his fair share of joint problems, so we were particularly interested to try BONEO. Ozzy had his first surgery at 10-months-old (a torn MPL), his second surgery six months after that for elbow dysplasia, his third surgery in April 2013 for a torn ACL (in the same knee as his first surgery – yikes!), and he had his fourth surgery this past June for another torn ACL. Between the numerous surgeries and elbow dysplasia, he struggles with arthritis in both elbows and knees regularly so we’re always on the lookout for new products that can make dealing with the arthritis easier for him. Queue BONEO! 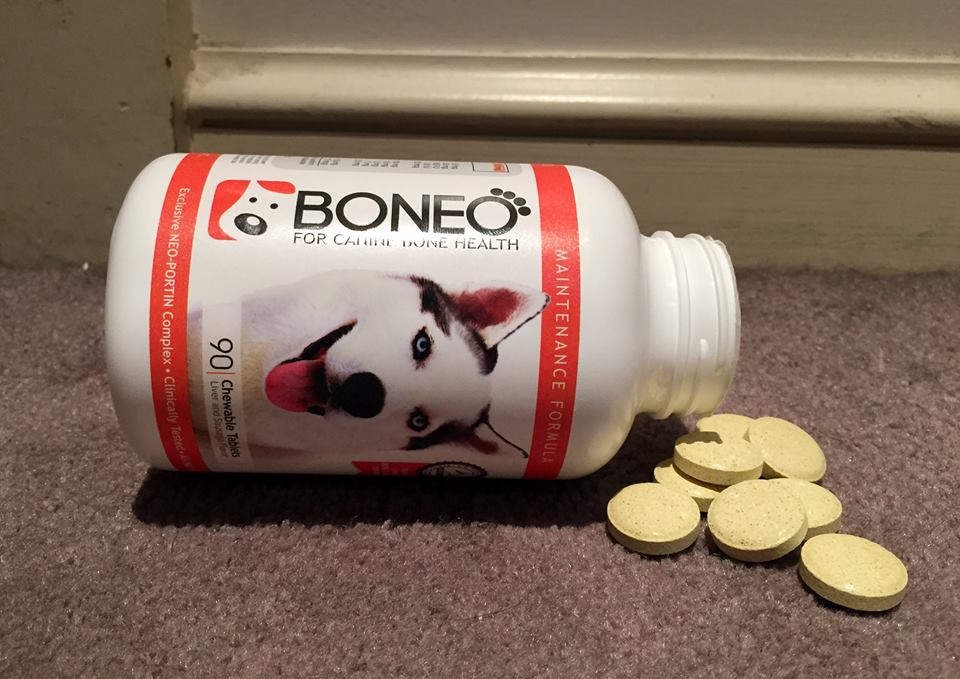 The day BONEO arrived I was a little taken back by the smell (it is pretty pungent) but Ozzy didn’t seem to mind at all and gobbled down his three tablets (the dosage for his size) without any convincing. He stared at me and wagged his tail, expecting more, but was thoroughly disappointed that that was it for the day. To be fair, Ozzy is a labrador and will therefore eat pretty much anything (he’s an exceptionally skilled food thief), so I’m not sure all dogs will find the taste as tolerable as Ozzy did. However you can disguise the tablets with a little ham or chicken so even the most fussy eaters will reap the benefits.

For the first few days I didn’t notice too much of a difference in his limp, but figured it was too soon to tell.However on Ozzy’s grandma’s birthday, my lil doofus played with his brother Pikle vigorously, which was a bit odd for him since his joints usually don’t allow him to go all out like that. I was happy he was able to have so much fun! Over the next few days it started to get colder here in NYC, which always makes Ozzy’s joints act up. He had a bit of a limp the next couple days, though I’m not sure any supplement, no matter how good, can prevent that when you have so much arthritis. 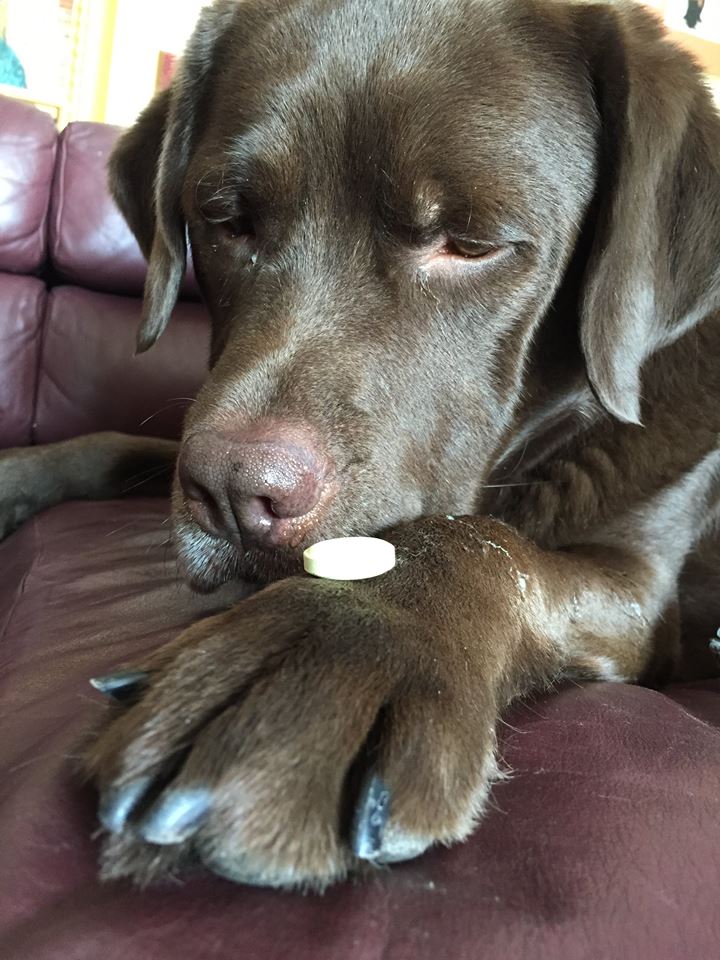 Ozzy had an exciting Howloween, and again was able to energetically play with his brother. His sneaky lil butt was even able to snatch a piece of candy (not to worry – nothing dangerous). His limp had lessened at this point, probably because he was able to be more active than usual in the past week. Between Howloween and now, Ozzy’s limping has been pretty stable and he doesn’t struggle quite as much to get up when he’s been laying down for a while. He still gets stiff of course, but unless a supplement has magic powers nothing can totally help that. But overall I’ve liked Ozzy’s experience on BONEO, I would definitely continue giving it to him regularly.Many woofs everyone!

HOW BONEO CANINE WORKS
The multi-functional formula is powered by Neo-PORTIN Complex, a patented lactose-free milk protein-based technology, that supports:
The product is manufactured in the U.S and is safe for all ages, sizes, and breeds. We invite you to visit our website at www.boneocanine.com to learn more.
WANT TO WIN A 3 MONTH SUPPLY OF BONEO?
All you have to do is answer the following question in the rafflecopter box below
CLOSED
What is your dogs fav exercise?
Terms and Conditions
Share:

Please send all the good vibes for little Astaire

Today is blue Monday and I’m feeling blue. I alw

A dog probably none of you know. This is Riley and

I’ve never been a fan of the rain. I know the ol

As many of you know, I am a vegan and LOVE food. O

Hello wonderful people. We have had a little flurr

Once you pom, you can’t stop!! I am seriously co

When your New Year resolution is to read more AND