The National Pet Show is usually 0ur fav London Dog event and this year was no exception.

This year, I was so lucky that my dogs were even invited to take part in the festivities. I brought Folly and Jester along as sadly Houdini is still on strict crate rest so had to stay at home.

Here are some of the highlights of the show 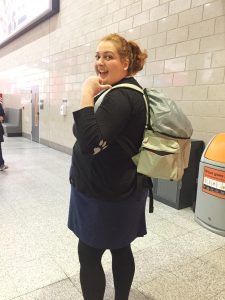 Trying out our new bag from Zooplus

As in previous years, The National Pet Show was at Excel London and the team hired for the event this year were the best yet. They were polite, caring and so kind to the dogs (and that was just the Excel Staff). The Fitzmedia staff were just amazing with everyone gushing at how adorable and well behaved Folly and Jester were (it was a very proud mama moment!).

With press passes in hands, we caught some of the main highlights including watching birds of prey in action, saw the Supervet perform and even saw some amazing tricks and doggy performances. 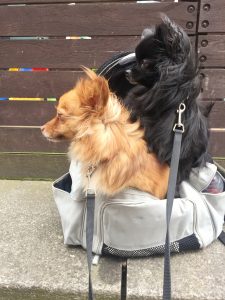 As usual, our first stop was to meet our vendor friends and also find new products and companies we think would be of interest to you guys. 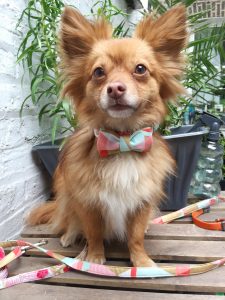 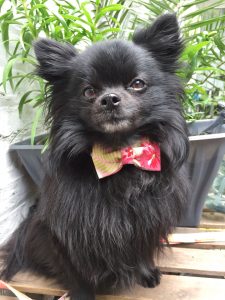 Super Puppies was our first stop. We have been following these guys on Instagram for a little while now and the products always look lush. They absolutely did not disappoint. The team were so lovely to Jester and Folly and presented Jester with the most wonderful bow tie, collar and lead set. I also ended up buying a set for Folly as the quality was so good and the fabric prints were so much fun. They also had their adorable dog Tito there who was the most scrummy doxie puppy and was so well behaved. 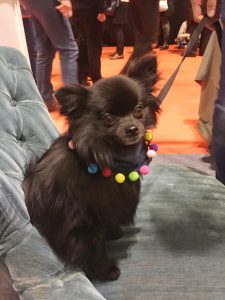 Elite Hound UK was our next stop. We had seen good things online about this company and were so happy to see that the products lived up to the hype.

Not only did they have amazing collars and leads, but also the cutest pom pom bandanas which were just perfect for Jester Pom Pom and Folly Pom Pom 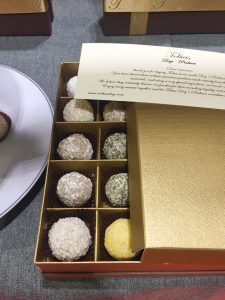 They also had truffles especially designed for dogs. They looked absolutely delicious and were not too badly priced (these may be making another appearance during the summer for a special doggy birthday party) 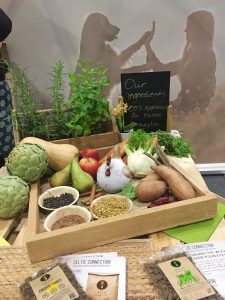 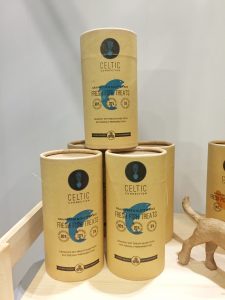 We discovered a new dog food that is made in the UK called Celtic Connection. Jester and Folly absolutely loved the treats and we took some samples home for the dogs to try in the future. 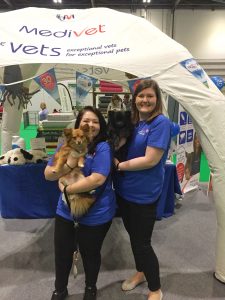 We also found our vets MediVet representing their clinics. The girls were so lovely to Jester and Folly and actually squealed with excitement when they came over to say hi 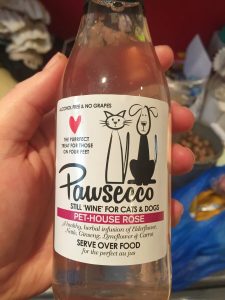 Our favourite new product of the show must be the Pawsecco (Prosecco for Dogs) by Woof and Brew. We ended up buying 4 bottles of the mini rose so the dogs can join us for drinks on the patio this summer. Really fun new product and obviously grape and alcohol free. 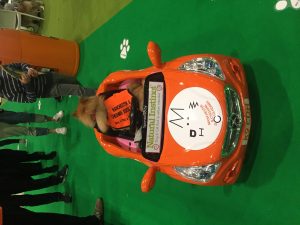 There were some fabulous rescue groups there this year with the Manchester Pets Home being our favourite to meet. They had a rescue pomeranian driving an electric car around the show. It was fabulous to watch.

Well done everyone who made the weekend such a success. We had a great time and can’t wait for next year

Chuck It review and GIVEAWAY

Give Back to Animal Shelters with Bow…

PREVIOUS POST
"50% of my dogs are broken"
NEXT POST
"Boudoir Interview featuring Amelia the Cavalier"
0 comments so far.